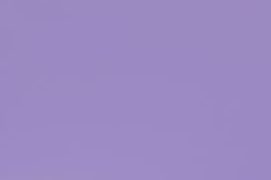 Malik has erupted forth into the field of written poetry like fresh-water does an estuary. Formerly a spoken word poet, he has been recognized by dozens of literary presses and has been included in several anthologies in a little over 6 months. He was also the first place recipient of the MH Canada 2020 Poetry Contest.

Fareh Malik didn’t always want to be a writer. In fact, in high school, his English teacher discouraged him from doing so. But Malik, whose parents immigrated from Pakistan, found poetry through music and is now a spoken word poet and author.

Malik has been doing spoken word poetry since 2012. His piece “After 9/11 the war spilled into our hometowns (…)” was featured in Lucky Jefferson’s Meliora issue, and nominated by LJ for Sundress Publications’ Best of the Net 2021, where Malik was a finalist.

“My Islamophobic experiences could bring something new to the table,” he explained. “So I kind of did this run-on sentence prose poetry structure that shows a circular nature of hate. How does your hate fuel my hate? How does my hate fuel your hate?”

The poem was inspired by a tweet that intentionally misspelled Muslim as ‘mozlem.’

“It’s ‘Muslim’,” Malik said. “We live in a very privileged time where all the information in the world is at our fingertips. You have this information in front of you. You’re kind of choosing not to see it. It’s that idea of ‘I should know better but I don’t because I’m blinded by something’.”

There are a lot of things that Malik feels passionate about. “A lot of it [his work] deals with mental health, racialization, social justice, islamophobia – stuff like that.” But the common thread in his work, he said, is that he is “trying to create a situation [where] people who are traditionally valued as less than human and look at them as equal.”

Malik doesn’t think that poetry always needs to be political. He said the fun of poetry is writing about what he wants to write about—such as a cup of coffee. But as a poet, he said, there is a responsibility is to have something meaningful to say.

For other writers, he advises them to be vulnerable. “Be genuine in the place of being fake and trying to fake it ‘til you make it. Just be raw,” he said. “You are your lived experiences. There’s power in that that is not just something to be traumatized by. There’s power in it so take that, use it to your advantage.”